"He is the genuine article, perhaps a throwback to the blues men of yore who learned their licks at the knee of legendary patriarch like Charlie Patton. And having done so, serves as one of the last links to the days when cotton was king on the Mississippi Delta." - Larry Benicewicz, Music Monthly. 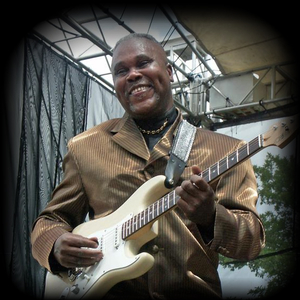 Born in Memphis, Tennessee in 1955, Memphis Gold, Chester Chandler was the thirteenth child of fourteen. His father also a musician introduced his son to the guitar at the tender age of 4. By the age of 8, he was a regular on historic Beale Street in Memphis where he played the guitar and danced for pocket change from the crowd. At the age of 12, his guitar skills were honed learning licks at the knee of legendary Delta picker and gospel player Reverend Robert “Tim” Wilkins. He has a host of brothers and relatives, who pastor churches within the Church Of God In Christ. As a matter of fact his fathers father, was one of the founders of the COGIC denomination in the 1800's. Chester is proud to say he is cousin of Pop/Gospel singer Denise Williams who co-recorded with singer Johnny Mathis, and also cousin of activist Dick Gregory. 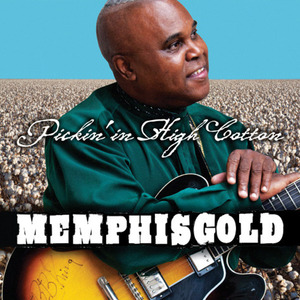 In 1995, he served a year-long stint as lead / rhythm guitarist in Blues Artist Deborah Coleman’s touring band (with the late Willie Hicks on bass). By 1998, he issued his first and very well-received eponymous CD which was produced by Parker, the beginning of a stretch of very successful album releases.

2008 posed a dramatic turning point in Memphis Gold’s career. In a life threatening accident, he fell 35 feet to the ground from up in a tree, breaking his back in three places. Doctors stated that there was very little chance of him ever being able to walk again. Despite these early warnings, he continued to write songs for Gator Gon’Bitechu!, the early 2009 album release, from his hospital bed. Through rigorous rehabilitation and pure determination to continue performing, Memphis Gold has recovered his mobility and is once again taking stages coast to coast and internationally.

The blues world continues to discover and love the music of Memphis Gold. Living Blues Magazine, the oldest authoritative Blues Magazine in America placed him on the cover of their February/March 2009 edition, and Gibson Guitars recognized Memphis Gold by awarding him with a custom guitar and endorsement. He was thrilled to perform at the Red, White and Blue Ball, the Official Military Inaugural Ball in January 2009,and 2017 the Heroes Inaugural Ball opening for Brett Micheals. His  music can be found on BB King’s Bluesville on XM Radio, Comcast Music on Demand, and radio stations throughout the world.

This is no flash in the pan artist. He is as they say, the real deal.